Over time, what has symbolized Scandinavian style and design is its ability to represent quality and functionality together with a sharp eye for design.

These are usually well-sewn garments with stylish cuts adapted for a functional everyday life. Also, always at the forefront of the fashion industry with the latest trends.

The culture is also visible in the functionality of the garments – the cold, wet climate means that the choice of fabrics often falls on warm, dense and durable materials that can withstand the long winter.

With a history of high quality and clean design, an eye for vintage and an appreciation of beautiful denim, it’s easy to form an effortless, cool yet elegant outfit. Versatile and timeless.

Inspired by art and architecture

It is known as minimalist and toned down – something that has become a bit of a cliché but which in many cases is true. It is often said that the minimalist comes from how northerners are in general.

Scandinavians are also known for being minimalist in their personality, that it is preferable to go under the radar in every way – both in terms of personality and clothing.

Combining best of both worlds

Scandinavians are known as some of the best dressed on the planet. At their best, they manage to combine the classic English style with the Italian flair – without being rigid like the former and the showiness of the latter.

But, young Swedes, for example, are very much influenced by the Italian soft tailoring and turn-ups. But without reaching the level of sprezz that the Italians themselves so often master.

The style has been referred to as “casual chic”. It’s a matter of looking well-dressed without a suit and doing that by combining tailoring and knitwear for example.

You generally see very few suits when walking on the city streets compared to what you would do in London i.e. But it’s also less scruffy clothing. Many are good examples of a contemporary smart/casual look.

Scandinavian design is usually also minimalist in colour tones and there is a so-called “Scandinavian colour scheme”. It is a toned-down, earthy colour scheme where the colours often find inspiration from the Norwegian fjords or the Swedish archipelagos. The colours of the Nordic beach – that is, brown, beige, white and blue, which creates so-called tonal menswear. Something that has become a big trend in menswear in recent years.

But to dress like a Scandinavian, you must first understand what it is like to live as one. With its location in the most northern part of Europe, some places have snow nine months a year.

The answer to all these problems is called layers. Coats, jackets, polos and shirts in a wonderful combination. And again, we come back to the minimalist – because, there is no point with flamboyant designs and sparkling colours when it will be pitch black in an hour.

Then you can discuss whether there is something that can be called a Scandinavian style. Swedish, Norwegian and Danish styles are of course different. It is especially obvious if you compare the Swedish and the Danish style where the Danes are not all as much for the monochrome but goes more towards the playful designs and colours. Swedish fashion is also somewhat more formal than Danish fashion. And Norwegians are much more functional in their way of dressing than their neighbours.

In other words, it is difficult to generalize in this way, but at the same time, there are many commons in design culture and general behaviour.

Where the Scandinavian trend is heading

Scandinavian style in 2021 is a classic style in terms of looks and cuts, but still, it is both relevant and contemporary. One of those who have captured and who have now come to symbolize this type of style is Atelier Saman Amel. They combine a classic cut with a modern, more relaxed approach. It’s all about the clothes you wear being versatile, to fit in all different situations in life. The mix between textures where turtle necks and polo shirts are combined with tailoring limits the possibilities for patterns and therefore puts more emphasis on textures and tones.

They also master the monochrome outfit where it is of great importance to succeed in getting the right amount of contrast. If you are going to wear four shades of grey in your outfit, each garment can advantageously be of different texture to help separate them.

This type of versatile clothing takes us into the issue of sustainability – longevity and recycling are two important words for Scandinavian design.

The fashion industry is largely responsible for the current global environmental damage when clothing has become single-use garments, disposable and instantly replaceable.

Scandinavian producers have been at the forefront of valuing the importance of shopping smart and act against fast fashion. Investing in timeless, quality garments that will last for years to come means a far more sustainable wardrobe. Both through long-term investments in well-made garments together with ensuring that all clothes in the wardrobe match with each other, you can have a smaller wardrobe – but with more options. That’s the Scandinavian way. 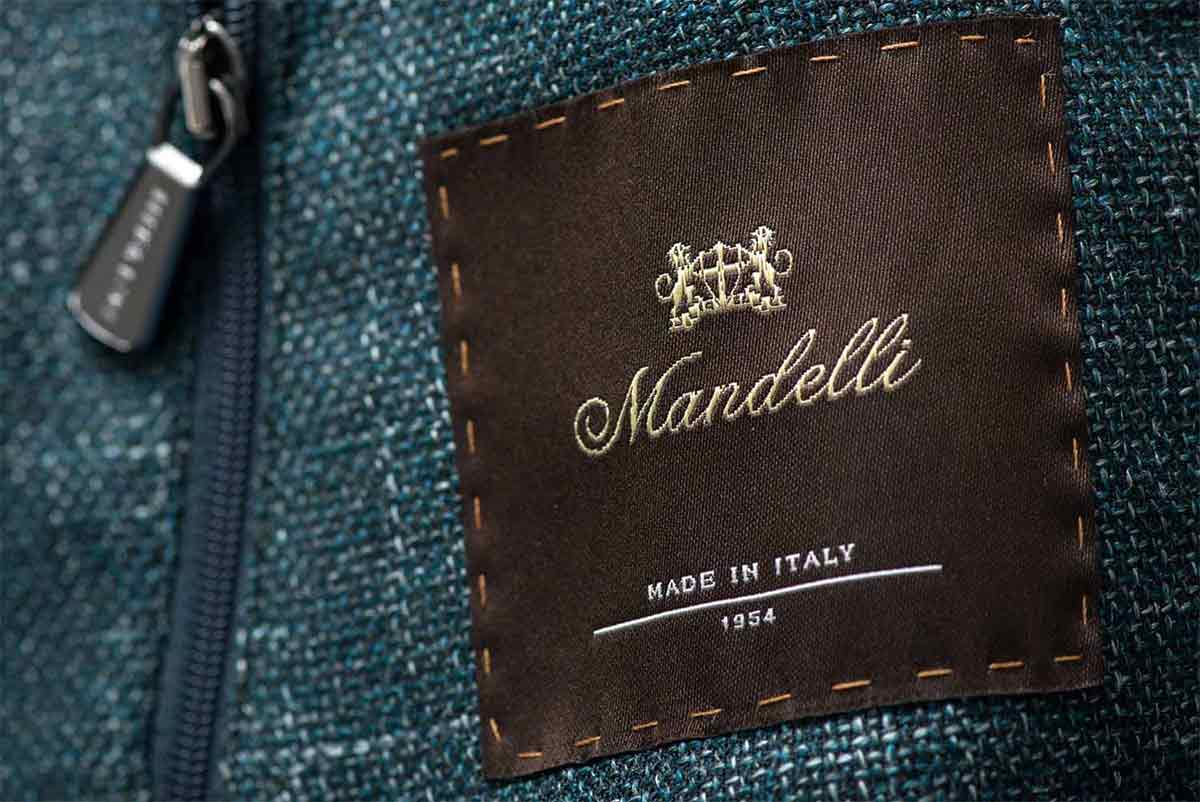 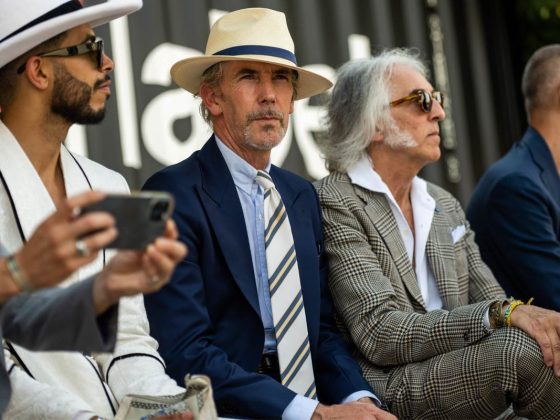 The Superiority of Handmade Menswear: Why Every Gentleman Needs It

The History and Significance of “Made in Britain” 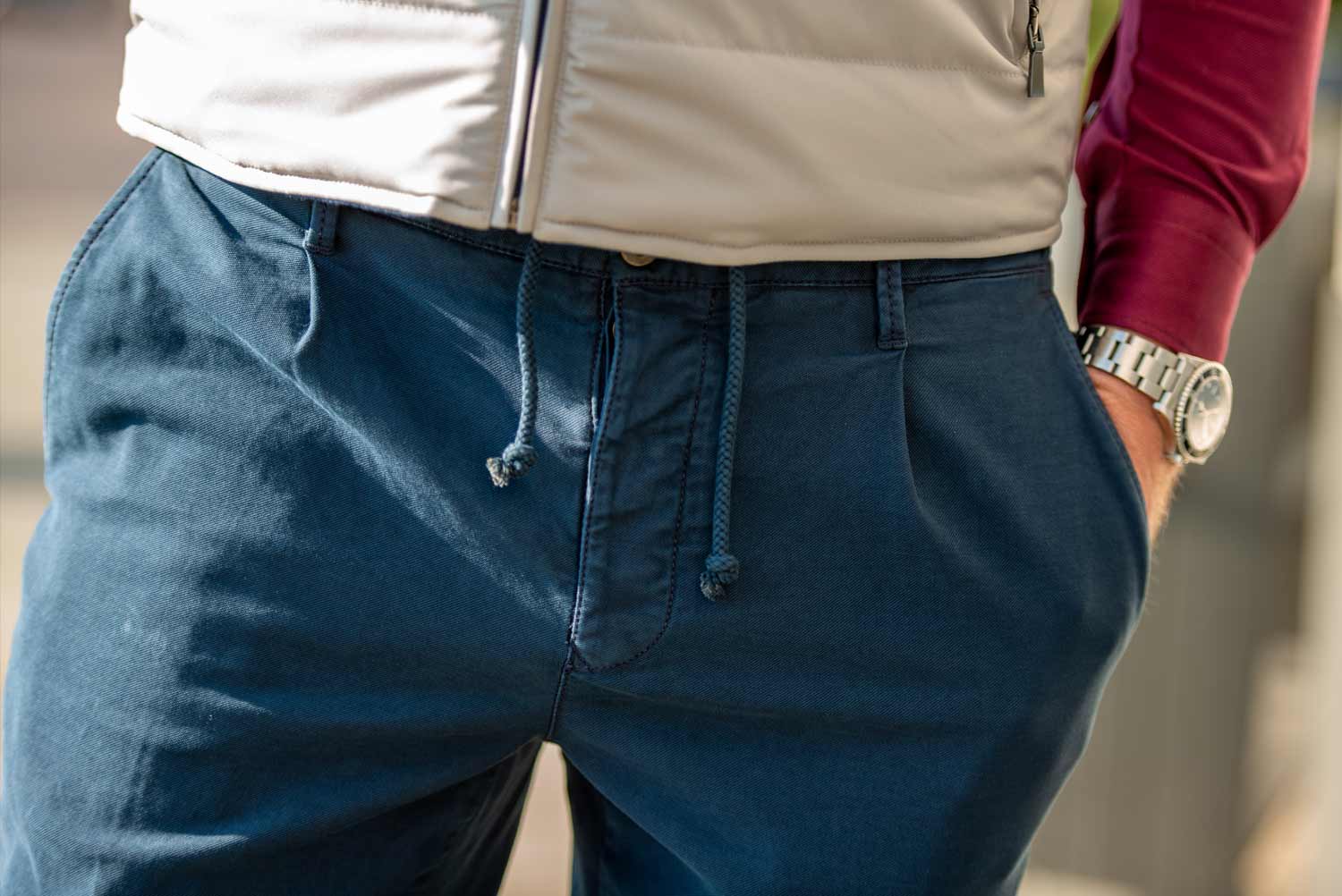 Drawstring Trousers: Best of both worlds

Why you should invest in a green and sustainable wardrobe