Fashionable and stylishly classy men are not very hard to find, but it requires herculean labor to find one that remains a style icon all through his life, especially in Europe. Terrence Stephen McQueen, popularly known as Steve McQueen, spent most of his fifty years on earth as an embodiment of what exquisite style in the sixties.

The King of Cool represents a generation of fashion and stardom that has influenced Hollywood and the rest of the world up to this day and age. His style was a unique blend of fashion conversation, glam, and confidence. He has a Scottish descent and, to some extent, brought a European touch to his fashion as he moved from New York to California (Hollywood).

The Flavour that Steve Mcqueen brought to men’s fashion

One thing that stands out about Steve is that the styling and dresses are a lifestyle, which he expresses every time and even in the most casual scenarios. He always looked radiant on sets. One of his set’s dresses that really stands out was on the set of The Thomas Crown Affair. He wore a loosed button-down on a ride in an exquisite car.

Many Hollywood stars have emerged after him, and none has improved his style as his neatly cut, smooth clothes and custom-made accessories were difficult and expensive to replicate.

He sits in the company of the likes James Dean and Paul Newman as the most significant influence on men’s fashion. He dressed in tone with calm and collected hyper-masculinity emphasized by the confidence in his art.

From motor racing to black roll necks, slick suits for the cameras, he had numerous stylish moments.

Here are some of his most stylish looks:

While he was alive, he was an ambassador for some of the biggest brands in the fashion world. He had an ambassadorial deal with Heuer watches and many European clothing brands like J. Barbour and sons, who made a collection inspired by McQueen’s motorbike jackets. So, let’s look at some of the wardrobe elements that made the actor an irresistible fashion icon.

Jackets: Steve McQueen invested a lot in Leather and Denim jackets. The jacket could be cropped, unzipped, and unbuttoned; he combined it well with almost any pants. One of the jackets he wore that really stood out and left an impression in men’s fashion is the Harrington jacket.

The Jeans: It had uniquely designed buttons, leather patches, and clean white seams that line the inner parts of the jean. McQueen often rolled the Seam details into sight. On the other hand, McQueen was also often on white jeans. He was often daring with his choices as he could pair the white jean with a matching shirt and then top it with black accessories.

Denim Shirt: Aside from the cotton polos and linen clothing that is commonly worn by him. He also liked colored Denim in different colors and button patterns. Brands like Beaufort & Blake have collections that replicate such dress sense.

Footwear: Steve McQueen has always been very intentional with footwear with pale and expressive shoes. Canvas, sneakers, Chukka boots he was always on shoes that could suit different functions.

Shoes that are comfortable in the pool, movie set, or even a movie premiere. The shoes tilt towards Suede and other textures with a napped finish. Crockett & Jones have dished out a lot of such footwears with colored and rubber soles that re-echo the leg-work of the superstar.

Sunglasses: Actually, the persona of Steve McQueen is almost incomplete without the dark shades. He rocked pairs of dark sunshades almost everywhere he went. Very few Hollywood characters like Bond and McQueen have been able to keep sunglasses as an irreplaceable element of men’s fashion.

White T-shirt: The hallmark of a fashion icon is the ability to bring out the most style and glam from the simplest of outfits. Stars like Steve McQueen could almost be fashionable without clothes as their persona and confidence is the backbone of their clothing culture. Until Steve, a white shirt was a very basic layer of fashion, but the movie star was able to even make the biggest of statements when he had these light and simple T-shirts on lead roles.

Knitwear: McQueen also had a soft and gentle side to his outfits in the form of knitwear. When he was not on set or any other form of job, he frequently turned to knitted sweaters and softer fabrics. Dark neck jumpers always looked great on him. This brings a different flavor to someone like him with an opposing persona.

The Shawl Collar Cardigan: Steve McQueen’s casual wear was often seen with a ribbed knitted cardigan, in particular “shawl collar” cardigans. With effortless style, you can see him wearing unbuttoned cardigans over denim shirts or dress shirts. He preferred cardigans in subtle neutral colors and classic navy, with patched pockets and leather buttons.

Three-piece suit: Nothing exudes sophistication more than his three-piece suits or even the blazers. They were fundamental in developing his persona.

Accessories: Accessories are known to complement the dressing, and Steve McQueen always managed to pull off accessories that complete his fashion ilk. When he is on blazers, you would see him wearing a smooth satin tie or sometimes a hat. These choices went to influence what similar characters look like onscreen.

The world did not just start calling Steve McQueen the ‘King of Cool’ because of his ability to make any role whatsoever cool onscreen. He was one of the smartest dressers and ritzy personalities that ever grazed Hollywood, frequently expressing his dress style with classic and expensive cars.

In his case, the style and fashion were beyond the clothing or the wardrobe choice but also about his anti-hero persona and confidence both on and off-screen. As of 1974, McQueen was the highest-paid actor in the world and the most sought after as he had a reputation of turning down jobs that didn’t suit his brand. This consciousness is one of the major reasons he left a fashion hallmark in history. His martial art training and vicious roles in blockbuster movies added a smooth and dark tone to everything he wore. 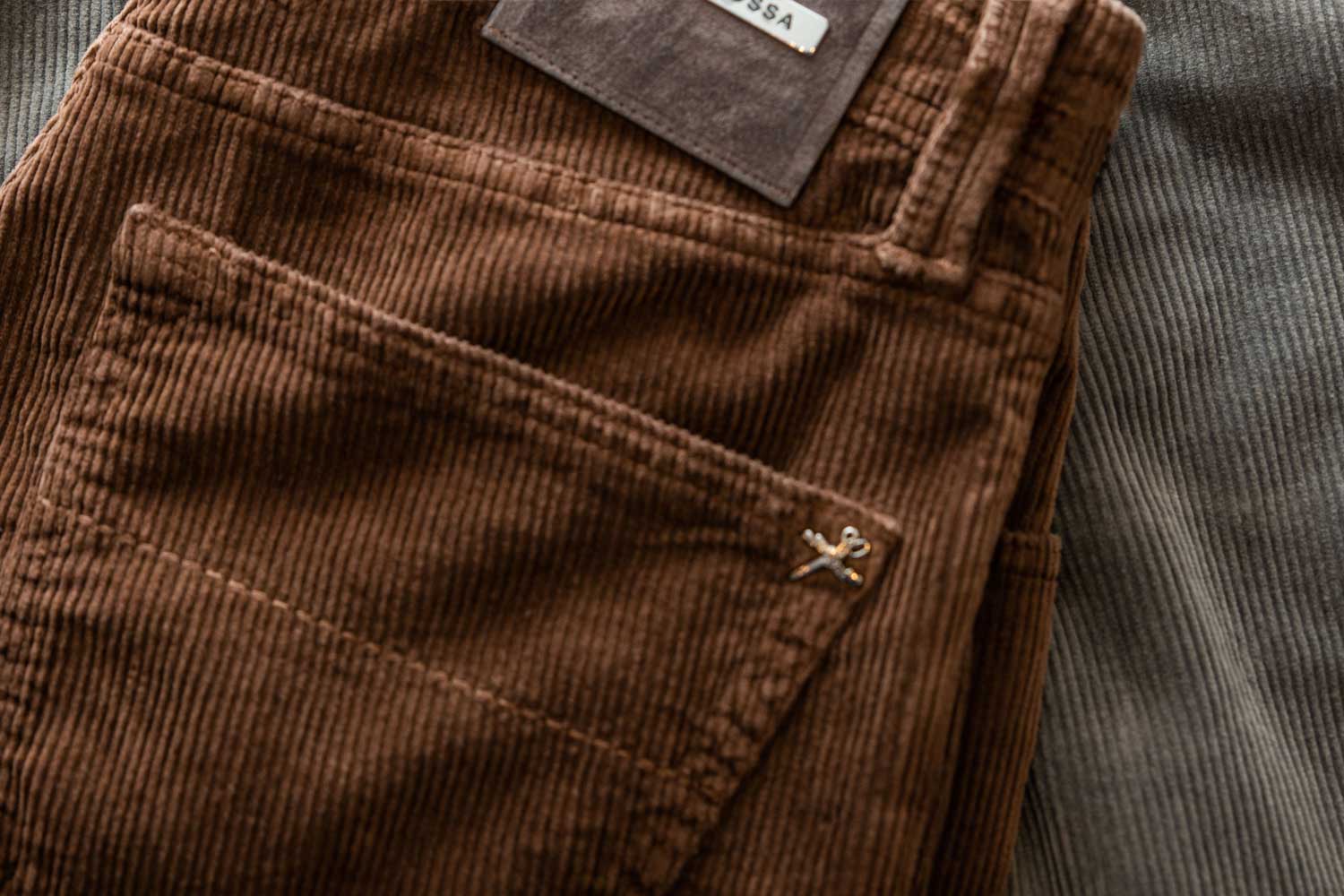 Back in Style: The Resurgence Of Corduroy 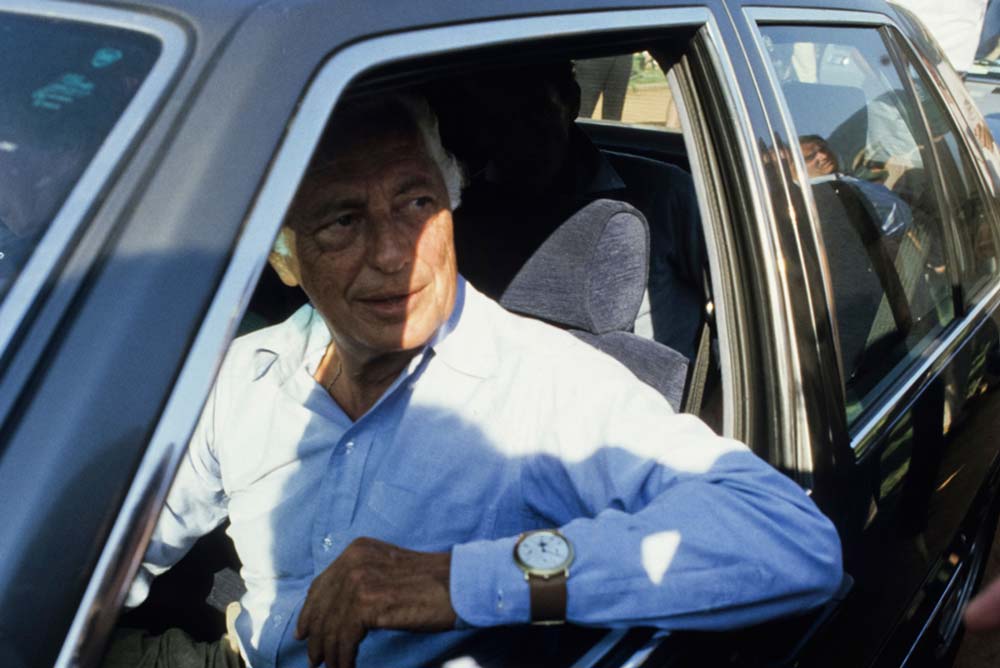